Proceed To Checkout
or Continue shopping
Close Menu
Welcome to our new website. Beanie hats are reduced to £9.99 from £15.99 until 31st Oct 2020
craftgenix

A Limited Edition pin badge of the Peebles Coat of Arms

The arms of the Royal Burgh of Peebles features three salmon on a red field. The heraldic blazon is: Gules, three salmons counter-naiant in pale proper. The motto is Contra Nando Incrementum, Latin for "There is growth by swimming against the stream", referring to the annual migration of salmon up the River Tweed in order to breed. The one salmon facing forwards and two facing backwards represent the fact that for every salmon that goes up the river, two come back to the sea.

The arms are very old, first appearing on the town's mercat cross, which was built some time before 1320. Originally the colours were not standardised, the background variously appearing as blue, green or red. The latter seems to have been most common, and it was red that was chosen when the arms were formally granted by Lord Lyon in 1894, following a petition from the town clerk, William Buchan, who had previously received a letter from A. C. Fox-Davies questioning the burgh's right to use the arms.

After the abolition of the old Scottish burghs in 1975, the arms became redundant. In 1988 they were regranted to the Royal Burgh of Peebles and District Community Council, who continue to use the arms today, with the addition of a community council's coronet. The traditional province of Ångermanland in Sweden also has a very similar coat of arms, but with a blue background.

£17.99
The perfect coin for all you pirates out there!Not much is known about One-Eyed Willy's background story, other than he was literally born with only o...
Full details
Add to wishlist

£18.00
This geocoin from the Coin &amp; Pin Club has a compass rose design incorporating the sun and moon. Filled with soft enamels. it is complemented with ...
Full details
Add to wishlist

£18.00
Drift off to sleep and dream about all those beautiful geocoins you are going to add to your collection.This simple but stunning design comes with a m...
Full details
Add to wishlist

£3.00
BRoKeN W Dragon Geocoin and matching pinThis geocoin was created in 2008 by BRoKeN W and is called Spike. It is based on a drawing of the Nerd candies...
Full details
Add to wishlist

£3.50
About this pin badgeThis pin badge was made to match the Cranes Geocoin and was inspired by Chinese art and myths based around the Crane. The pin was ...
Full details
Add to wishlist

£1.00 £1.50
Do you want to show your National Geocaching pride?Are you looking for the perfect souvenir to show where in the world you have been geocaching?These ...
Full details
Add to wishlist

New!
£4.50
It's not about the sex or gender of the person but how they treat you. So, as long as you're getting the love and affection that you need to be happy ...
Full details
Add to wishlist

£18.00
Set between two porphyry columns that support a reused marble architrave are the original bronze doors of the Temple of Divus Romulus, deified by his ...
Full details
Add to wishlist 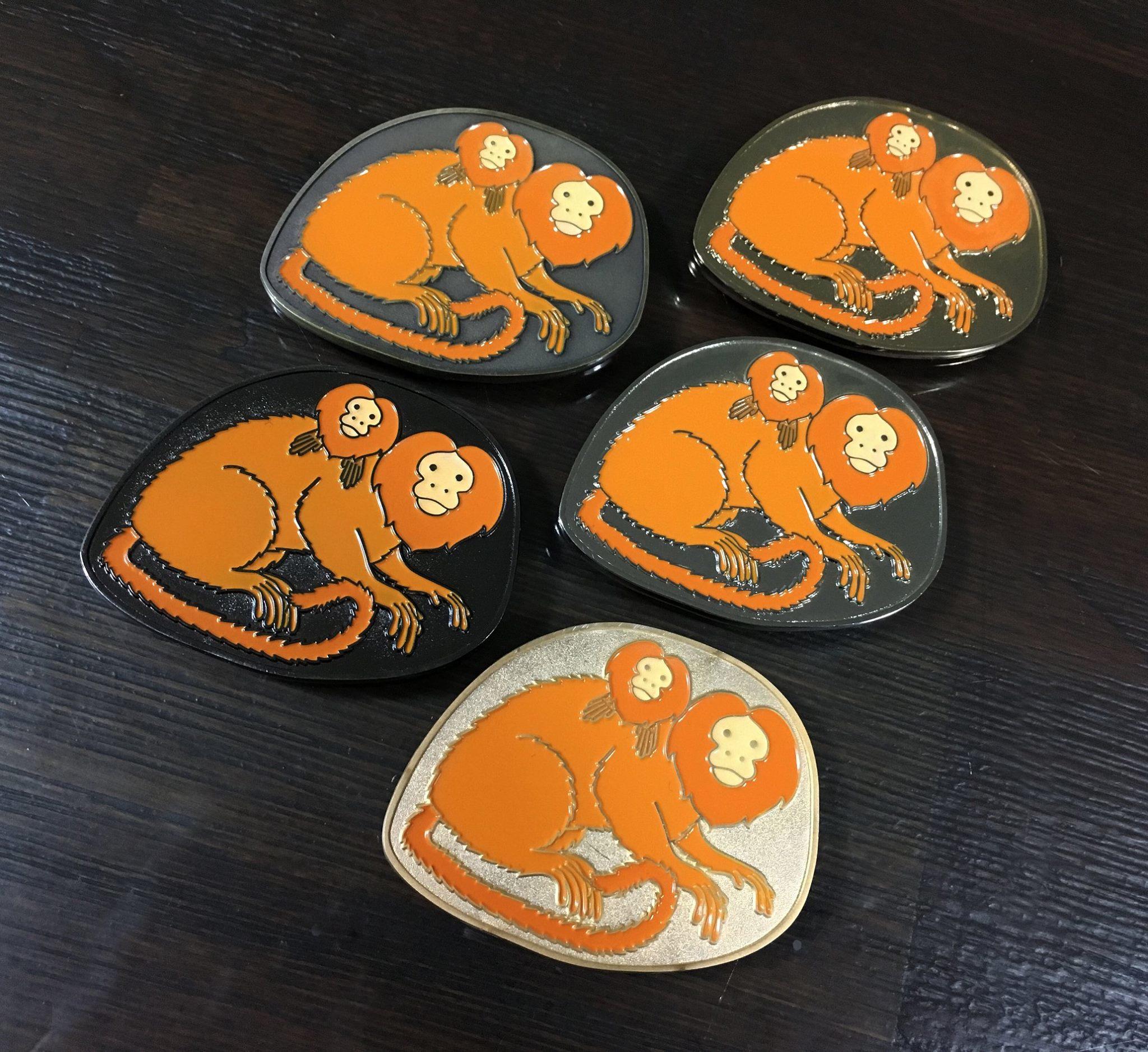 £1.00
These pin badges have been made to compliment the Golden Lion Tamarin Geocoin. The pin badges in the same finish as the different versions of the coin...
Full details
Add to wishlist

£18.00
The red-crowned crane (Grus japonensis) is a large East Asian crane and among the rarest cranes in the world. It is known as a symbol of luck, longevi...
Full details
Add to wishlist