Proceed To Checkout
or Continue shopping
Close Menu
Happy 2021 to all! Covid-19 and Brexit Updates - Geocache Land Ltd are unaffected by either of these issues. We are fully open and still shipping worldwide.
Unbranded / Other

From an idea conceived by Ian Ledger, this stunning design was developed and produced by Jon-Paul Barr and engraved on the best Welsh slate. The natural flaws and uneven surface make each coin unique and captivating to the eye.

Strictly limited to a production run of just 75 coins.

A kelpie is a shape-changing aquatic spirit of Scottish legend. Its name may derive from the Scottish Gaelic words cailpeach or colpach, meaning heifer or colt. Kelpies are said to haunt rivers and streams, usually in the shape of a horse.

But beware these are malevolent spirits! The kelpie may appear as a tame pony beside a river. It is particularly attractive to children but they should take care, for once on its back, its sticky magical hide will not allow them to dismount! Once trapped in this way, the kelpie will drag the child into the river and then eat him.

These water horses can also appear in human form. They may materialize as a beautiful young woman, hoping to lure young men to their death.  Or they might take on the form of a hairy human lurking by the river, ready to jump out at unsuspecting travelers and crush them to death in a vice-like grip.

Kelpies can also use their magical powers to summon up a flood in order to sweep a traveler away to a watery grave.

The sound of a kelpies tail entering the water is said to resemble that of thunder. And if you are passing by a river and hear an unearthly wailing or howling, take care: it could be a kelpie warning of an approaching storm.

But there is some good news: a kelpie has a weak spot its bridle. Anyone who can get hold of a kelpies bridle will have command over it and any other kelpie. A captive kelpie is said to have the strength of at least 10 horses and the stamina of many more, and is highly prized.  It is rumoured that the MacGregor clan have a kelpies bridle, passed down through the generations and said to have come from an ancestor who took it from a kelpie near Loch Slochd.

The kelpie is even mentioned in Robert Burns' poem, Address to the Deil:

A common Scottish folk tale is that of the kelpie and the ten children. Having lured nine children onto its back, it chases after the tenth. The child strokes its nose and his finger becomes stuck fast. He manages to cut off his finger and escapes. The other nine children are dragged into the water, never to be seen again.

There are many similar tales of water horses in mythology. In Orkney there is the nuggle, in Shetland the shoopiltee and in the Isle of Man, the cabbyl-ushtey. In Welsh folklore there are tales of the Ceffyl Dr. And in Scotland there is another water horse, the each uisge, which lurks in lochs and is reputed to be even more vicious than the kelpie.

So next time you are strolling by a pretty river or stream, be vigilant; you may be being watched from the water by a malevolent kelpie

Size
Due to slate being a natural product, each geocoin will vary in size and thickness from one geocoin to the next. For this reason the sizes given are for guidance only:

Each coin is presented in a black velvet bag.

£3.50 £7.50
Dragon Boat racing is a very popular world wide sport that began over 2000 years ago. The history of dragon boat racing: Dragon boat sport is originat...
Full details
Add to wishlist
3for2

£0.75 £1.00
These waterproof NFC (Near Field Communication) Tags are perfect for making stages of a multicache. Easy to program using free apps and compatible wit...
Full details
Add to wishlist

£2.00 £15.00
Our Facebook followers may remember the story of Jenson the Labrador who found a missing geocache while out with his owner for a walk. Not knowing wha...
Full details
Add to wishlist

£0.38 £0.50
These log rolls are designed to fit our magnetic nano caches.Metal core for easier winding and space for 72 finds to be logged!Now available in multi ...
Full details
Add to wishlist

£6.00 £12.00
A fully trackable geocaching name badge with the Official Geocaching Logo on it.Simply write your 'caching name with a Sharpie or similar pen.These ba...
Full details
Add to wishlist
3for2

£6.00 £12.00
The official Event coin for the 2017 Caledonian CacheFest.The coin features a detailed 3D image of Neidpath Castle on one side and the Peebles Coat of...
Full details
Add to wishlist

£9.00 £18.00
This coin was designed by Christian Mackey for Geocache Lands trip to GeoWoodstock XVI in Ohio, USA.One side of the coin shows the national emblems of...
Full details
Add to wishlist

£7.50 £10.00
Looking for a fun way to go from single to Signal? Well, we have the gift for you! Ears are perking up throughout the geocaching world for these cute ...
Full details
Add to wishlist

£2.63 £3.50
A sheet of 9 micro stickers for cache containers.20mm diameter per sticker.
Full details
Add to wishlist 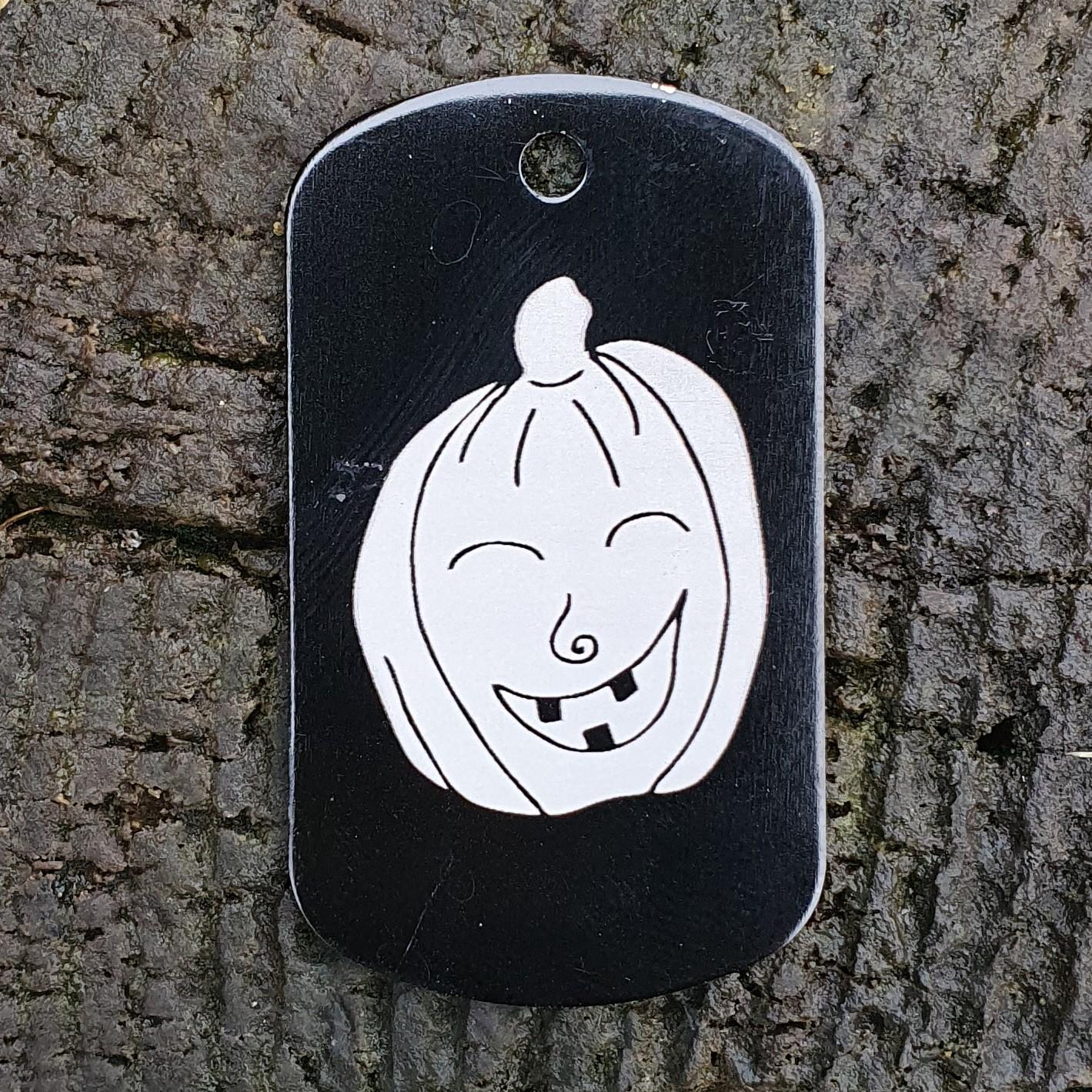 £4.50
NEW AND EXCLUSIVEGeocache Land are pleased to introduce this exclusive Halloween design by TheCrazyKat. These tags are made from aluminium and are las...
Full details
Add to wishlist 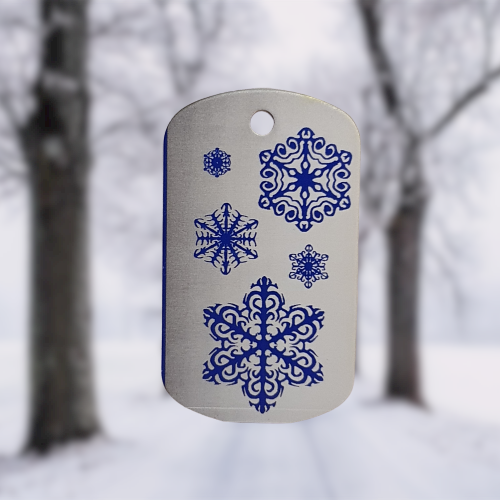 £4.50
NEW AND EXCLUSIVEGeocache Land are pleased to introduce this exclusive winter design by TheCrazyKat. These tags are made from aluminium and are laser ...
Full details
Add to wishlist

£4.88 £6.50
Tough, Waterproof, Sticks To EverythingThe product that started it all. Original Gorilla Glue built a name for itself with its incredible, industrial ...
Full details
Add to wishlist

£19.00
Ashas Creation's first-ever GeoCoin !!On the front and rear raised metal patterns decorate the flower petals. Some of the enamels are texturised and ...
Full details
Add to wishlist

£10.00 £13.00
In antiquity and in the Bible, dragons were envisioned as huge serpentine monsters, which means that the image of a dragon with two or four legs and w...
Full details
Add to wishlist
3for2

£1.95 £2.60
A high quality aluminium magnetic micro cache.These caches come with a strong N35 12mm Neodymium disc magnet fixed to the inside of the base and a cho...
Full details
Add to wishlist

£5.00 £17.00
Merlin's Circle features the great Wizard on the obverse with a jeweled staff casting his spell from within the forest. The tree is 3D under transluce...
Full details
Add to wishlist

£0.75 £1.00
Made exclusively for Geocache Land we believe these PET sized logbooks are the best value logbooks of this size on the market.Each logbook has room fo...
Full details
Add to wishlist

£1.00 £3.00
BRoKeN W Dragon Geocoin and matching pinThis geocoin was created in 2008 by BRoKeN W and is called Spike. It is based on a drawing of the Nerd candies...
Full details
Add to wishlist