Proceed To Checkout
or Continue shopping
Close Menu
Due to an extraordinary number of orders dispatch may be delayed. We are working hard to get all orders dispatched as soon as possible.
craftgenix

Very few geocachers know but every geocache that contains swap items and is hidden well will be adopted and guarded by gnomes.

Why? Well gnomes love to hide their treasure too and believe that geocaches are human attempts to honour all gnome kind.

Male and female gnomes look very similar to each other and both grow full beards from the age of 3 months. The average lifespan of a gnome is 500 years and they reach adulthood at around 75 years of age.

Every now and then, whilst you are out geocaching, if you stay very quiet, you may just see one of the GGGS (Gnome Geocache Guardian Squad). This elite squad of 8 gnomes live by the motto "Ni te pharkalu, quo lun verra lu". Which is Gnomish for "If you can find it easily, then 'it' is not it". A very apt motto for geocaching don't you think?

These secretive little helpers each have their own favourate type of geocache and for the first time ever have agreed to let you see what they look like, know a little about each of them and also have a geocoin made of each of them for you to keep.

Sykina is the glamour-puss of the group and just loves wherigo geocaches. She is a real show off and sits on a glittery red and white mushroom in her pink hat, purple shirt, pink trousers and glittery purple boots.
Sykina loved the idea of having a geocoin made of her and asked to have 3500 geocoins made of her. After a little negotiation she finally agreed to having 35 geocoins made.

Nok looks after medium sized traditional geocaches, but he dreams of becoming a ninja gnome! With his dark grey beard, black hat, trousers and boots he almost has the right look. Just his glitter grey shirt lets him down!
Nok was happy to have 35 geocoins made.

Myllyn is the busiest of the GGGS. He looks after small traditional geocaches and loves to keep things simple. He sits on a red and white mushroom, and can be recognised by his red hat and trousers, green shirt and brown boots. No glitter for this gnome, Myllyn is far too busy to worry about that sort of thing!
Myllyn has agreed to have 70 coins made of him.

Soikyla is the oldest member of the GGGS. At 317 years old he can get a bit grumpy at times and worries how few of his favourate, large traditional geocaches, are placed these days. Soikyla sits on a red and white mushroom and can be recognised by his light blue hat, dark blue shirt, light blue trousers and brown boots.
Soilyla has reluctantly agreed to 40 geocoins being made.

Pypina is the joker in the pack and as such she loves to look after the field puzzle geocaches. Even though she knows most field puzzles do not contain swaps she just cannot be pulled away from the fun and games involved. Pypina has a green and white mushroom and can be recognised by her sparkly red shirt, red hat and trousers and black boots.
Pypina has agreed to having 40 geocoins made of her.

Cocyn is best described as a "unique" gnome. Unlike the other gnomes he loves to stand out from the crowd and looks after Letterbox geocaches. He wears a distinctive brown hat and yellow shirt, brown trousers and his look is topped off by his designer green wellies. Cocyn sits on a magic blue and red mushroom.
Cocyn wanted just 30 geocoins made of him.

Bylane is a bit of a lazy gnome. He loves his warm summers and sunbathing but when it comes to the colder winter months he is a hive of activity so he can keep warm. To keep himself busy Bylane looks after the Christmas themed geocaches and to cheer himself up on the cold trips to his geocaches he wears a glittery red hat and glittery red trousers. He finishes his look with a green shirt and black boots. Bylane's mushroom is slightly different to the other mushrooms as it is red and white with glittery white spots (He says they remind him of baubles). His geocoin is also finished in silver rather than black nickel.
Bylane agreed to have 35 geocoins made.

Fibbenky Jugglefluff is the leader of the GGGS. She keeps a check on all the other gnomes and also looks after all the multi-caches. Fibbenky feels that she needs to look the part if she is to be a true leader of gnomes and so wears a rainbow glitter hat and pants, a white glitter shirt and gold glitter boots! Just in case you have not got the message from her clothes, Fibbenky sits on a glitter red and white mushroom with glitter yellow spots, and to top the look off her mushroom is finished in satin gold.
Fibbenky insisted that as leader her coin had to be the Artists Edition and so just 15 of her geocoin have been made.

£3.00 £5.00
The Hidden Creatures are ready to travel!Recently there have been reports of magical creatures hiding throughout the world. How are they moving from p...
Full details
Add to wishlist

£5.00 £9.99
High quality Groundspeak approved Magnetic Travel Bug with the official TB logo. Unlike other magnetic travel bugs that are printed, these are engrave...
Full details
Add to wishlist
2for1

£10.00 £17.99
This hang-anywhere, hang-anything GearLine is a 4 ft webbing line equipped with colourful plastic S-Biners attached to multiple bar-tacked loops. An a...
Full details
Add to wishlist

£3.50 £7.50
Sometimes it is the little things that make a CITO even special. Like a Nano Geocoin!This Geocoin features the Official CITO Logo along with a loop to...
Full details
Add to wishlist 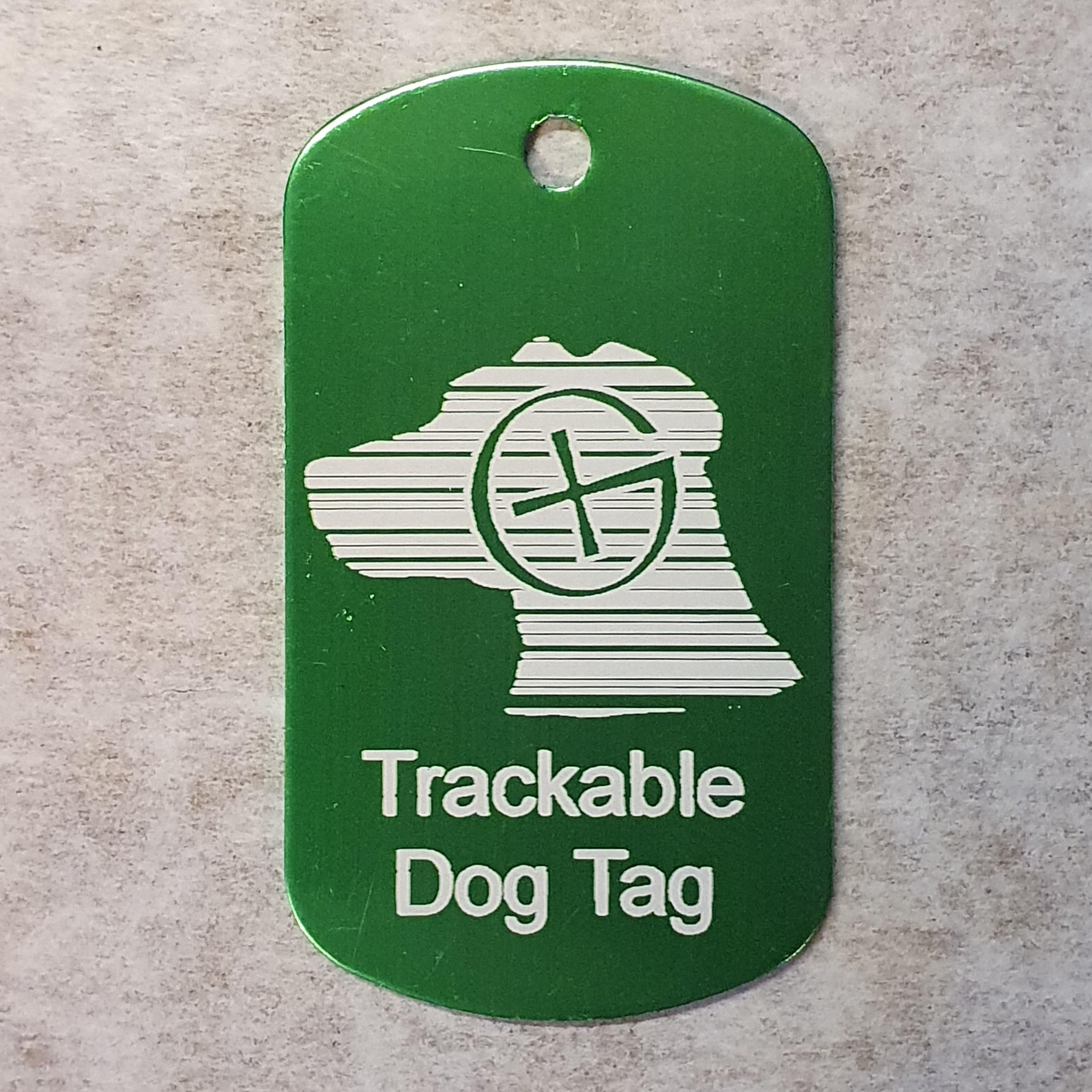 £3.99
NEW AND EXCLUSIVEGeocache Land are pleased to introduce what is believed to be the cheapest trackable on the market! Dog Tags are made from aluminium ...
Full details
Add to wishlist

£6.50
Tough, Waterproof, Sticks To EverythingThe product that started it all. Original Gorilla Glue built a name for itself with its incredible, industrial ...
Full details
Add to wishlist

£3.00 £6.00
Telescopic magnetic pick-up tool / torch.This is a waterproof telescopic torch with a magnetic ring around the 3 LED torch that extends up to 57cm.Unl...
Full details
Add to wishlist

£10.00 £15.00
These cute little sparkly cowboy kittens will not be around for long, as we have the last 5 available!Designed by Ellie Vegas these lovely cats have m...
Full details
Add to wishlist 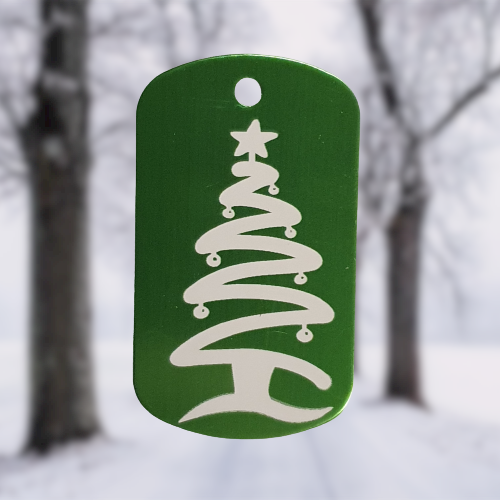 £4.50
NEW AND EXCLUSIVEGeocache Land are pleased to introduce this exclusive winter design by TheCrazyKat. These tags are made from aluminium and are laser ...
Full details
Add to wishlist
2for1

£3.50 £6.99
Healthy Feet contains a high concentration of glycerin that draws in and retains moisture, which is necessary for healthy, hydrated skin. Healthy Feet...
Full details
Add to wishlist
2for1

£1.49 £5.95
This DEET-free insect repellent is clinically proven to be as effective as equivalent 50% DEET products. It is an excellent broad spectrum repellent, ...
Full details
Add to wishlist

£8.00 £15.00
The "Fire Within" GeocoinKnown for the ability to breathe fire, and associated with destruction, the dragon is often forgotten for their desire to pro...
Full details
Add to wishlist
2for1

£2.00 £3.99
This highly reflective tape is ideal for marking night cache routes and making your own reflective tags.Designed for outdoor use the adhesive is very ...
Full details
Add to wishlist
2for1

£0.50 £1.00
A very strong plastic coated steel cable for anchoring your geocaches to prevent theft.These cables are 2m in length and have crimped loops at each en...
Full details
Add to wishlist

£0.50 £0.99
You don't need to replace the whole geocache when the gasket ring breaks, you can just replace the gasket as needed.Geocache Land stock 5 sizes of sil...
Full details
Add to wishlist