Proceed To Checkout
or Continue shopping
Close Menu
Happy 2021 to all! Covid-19 and Brexit Updates - Geocache Land Ltd are unaffected by either of these issues. We are fully open and still shipping worldwide.
craftgenix

To describe this coin we thought it best in the designers own words:

"I am incredibly pleased with how this coin looks and spins. The idea for this geocoin came to me quite a while ago, I had seen plenty of geocoins with small rotating parts but not one that rotated freely. It may seem obvious now but at the time I could not work out how to make the coin not just turn but spin.

The original idea was for a two winged dragon with the wings spinning around the dragons body but however I drew this it just looked wrong, well to be honest it looked comical. Eventually I came to the conclusion that the only way I could make the coin work was to have a central "core" and for the wings to rotate around the core. So I then redesigned the coin to have the wings spin around a dragons eye.

Working with the mint they suggested changing the two wings to three to provide better balance but we both struggled with how to make the coin spin smoothly and freely. Several ideas were tried and rejected and then fidget spinners appeared on the market. Our problems were solved and after a few small alterations to the design Dragon Wings was born.

When making the prototypes the mint noticed that the coins were very slightly unbalanced. To get round this problem the final coins would be cast and then before plating each coin would be balanced individually by hand filing the tips of the wings until the coin was balanced. This is a painstaking process and nearly led to the mint refusing to carry on with the production!

Once balanced the coins were then coated in the required finish and sent for enameling. Unlike the normal process for enameling where the craftsman carefully fills each section by eye, these coins needed something extra. To keep their balance each section of enameled area has a precise amount of enamel fill in milliliters, so not only does the craftsman need to use his skill to fill each area evenly, they have to use an exact amount of enamel every time! Doing this gives every Dragon Wings an almost perfect balance and keeps them spinning for much longer.

After enameling the coins then have a 'gem' pupil fitted to finish the geocoin off."

This item is not a toy. It contains very small parts and is not suitable for persons under 10 years old.

Maintenance - To keep the geocoin spinning the center can be occasionally unscrewed and the bearings cleaned and oiled. We recommend this is done by an adult.

£6.00 £8.00
If you're forced to spend an unexpected night outdoors, on the side of the road, or in your home without heat, count on the Survive Outdoors Longer® E...
Full details
Add to wishlist

£0.75 £1.00
Do you find that pencils sharpened without the Official Geocaching Logo do not seem as sharp? We hear you, and that is why we offer to you the Officia...
Full details
Add to wishlist

£7.50 £20.00
A winged golden ram was sent by Hermes to fly Phrixus and his sister Helle away from the evil designs of their stepmother to sanctuary in the city of ...
Full details
Add to wishlist

£5.00 £17.00
Searrach Aon Adhairc is Gaelic for Unicorn's Foal (literal translation is One Horn Foal)In heraldry the unicorn is best known as the symbol of Scotlan...
Full details
Add to wishlist
3for2

£9.38 £12.50
These virtually indestructible boxes are used for various things by the British Military, these particular boxes were used as Night Vision Goggle boxe...
Full details
Add to wishlist

£10.00 £15.00
Signal has gone CITO!The Cache In Trash Out ® (CITO) Full Size Geocoin symbolizes the ongoing commitment of the geocaching community to clean up the g...
Full details
Add to wishlist

£1.00 £9.99
A stunning coin at an unbelievably low price! Daxiushan, translated as "Large Sleeve Gown", is a traditional Chinese attire for women and was most pop...
Full details
Add to wishlist

£6.00 £12.00
This geocoin is the Oseberg Ship and forms part of Tevjen's Norwegian Viking Series.Geocache Land have the two RE versions, Satin Silver and Satin Gol...
Full details
Add to wishlist

£0.75 £1.00
These pots are perfect for making small geocaches.They are watertight and simple to camouflage using Gorilla Black or Camo Tape. Lid colour may varySi...
Full details
Add to wishlist

£4.00 £6.99
Get your colors on with one of our flag tags. This lightweight tag will also make a great accessory on backpacks and key chains until you are ready to...
Full details
Add to wishlist
3for2

£1.43 £1.90
These are the cheapest magnetic nano containers in the UK and are exactly the same as the ones sold at over £4.50 by other retailers!We do not charge ...
Full details
Add to wishlist 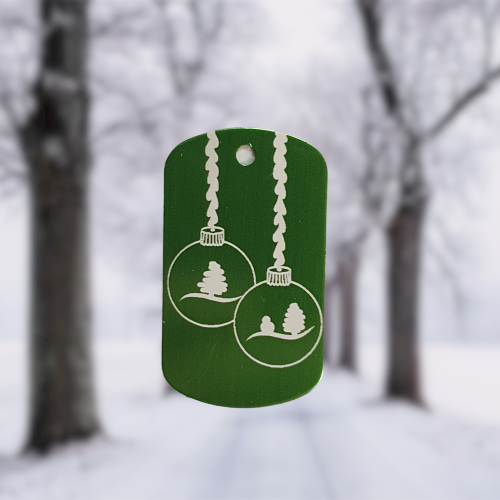 £4.50
NEW AND EXCLUSIVEGeocache Land are pleased to introduce this exclusive winter design by TheCrazyKat. These tags are made from aluminium and are laser ...
Full details
Add to wishlist

£1.13 £1.50
A firm favourite amongst kids, these sticky hands make a great swap to be left in a cache. Hold onto the tab and throw at a flat surface for loads of ...
Full details
Add to wishlist

£0.75 £1.00
Made exclusively for Geocache Land we believe these PET sized logbooks are the best value logbooks of this size on the market.Each logbook has room fo...
Full details
Add to wishlist
3for2

£0.74 £0.99
PET tubes are perfect for making geocaches. They are Europe's most popular containers and these tubes are a great size. They will hold log, pencil, an...
Full details
Add to wishlist

20 Years of Geocaching in Scotland

20 Years of Geocaching in Scotland

£10.00 £15.00
Introducing the 20 Years of Geocaching in Scotland Geocoin.This coin is strictly limited to 50 pieces and will not be reminted. Geocaching started in ...
Full details
Add to wishlist