Proceed To Checkout
or Continue shopping
Close Menu
Happy 2021 to all! Covid-19 and Brexit Updates - Geocache Land Ltd are unaffected by either of these issues. We are fully open and still shipping worldwide.
Oak Coins

The perfect coin for all you pirates out there!

Not much is known about One-Eyed Willy's background story, other than he was literally born with only one eye, and that he became the most famous pirate among pirates in his day, possibly the most dangerous cutthroat to ever sail the seven seas. Willy is known for his creation and use of ingenious traps that could take down even the most experienced treasure hunters. One day, Willy and his crew stole a great treasure of gold and jewellery, then they loaded it all up onto his ship, The Inferno and they sailed away into the sunset. Then when word got to the British king about the theft, he sent out an entire armada to go after the pirates. Then after a few weeks, they finally found Willy. Then there was a big war between the armada and The Inferno, during the fire fight, there were guns bursting, and cannons blasting. It was massive. Then Willy fled because he knew he'd get killed if he stayed around, and then he and his men got into a cave, and the British blew up the walls all around him, caving him in. Ever since then, Willy had been there, forever trapped.
For 5-6 years, One-Eyed Willy and his pirates had been down there digging tunnels and caves, and setting booby traps so that anybody who tried to get in would die. Then once their job was done, Willy killed all his men so that they wouldn't get to his treasure. Although, it is said that one of the pirates must have got out alive, with a map and a key.

This coin is very finally detailed and even has the inscription:

Maybe you need to find the map to decode this cryptic message!

Does the above sound familiar? Maybe it should as it is from the plot of The Goonies

This great coin and pin set

NB: This set no longer includes the Discover Tag pictured.

£0.75 £1.00
This super bright torch clips onto the peak of a baseball cap, or any other stiff peaked hat to give you light where ever you are looking. They are id...
Full details
Add to wishlist
2for1

£2.25 £3.00
For fast and effective relief from bites and stings using the soothing power of Aloe Vera, you can't go wrong with Bug Bite Relief. Now available in a...
Full details
Add to wishlist

£4.00 £7.50
These exclusive trackable stickers have been made by GxProxy.They are specially designed to be applied to Caravans, trailers, HGV's and motor homes. M...
Full details
Add to wishlist
2for1

£6.00 £12.00
This geocoin is The Oseberg Dragon and forms part of Tevjen's Norwegian Viking Series.Geocache Land have the two RE versions, Satin Silver and Satin G...
Full details
Add to wishlist
2for1

£0.38 £0.50
This mini carabina has many uses including being part of a cache attachment set.Each part of the set is available as add ons or as separate parts.Prev...
Full details
Add to wishlist
3for2 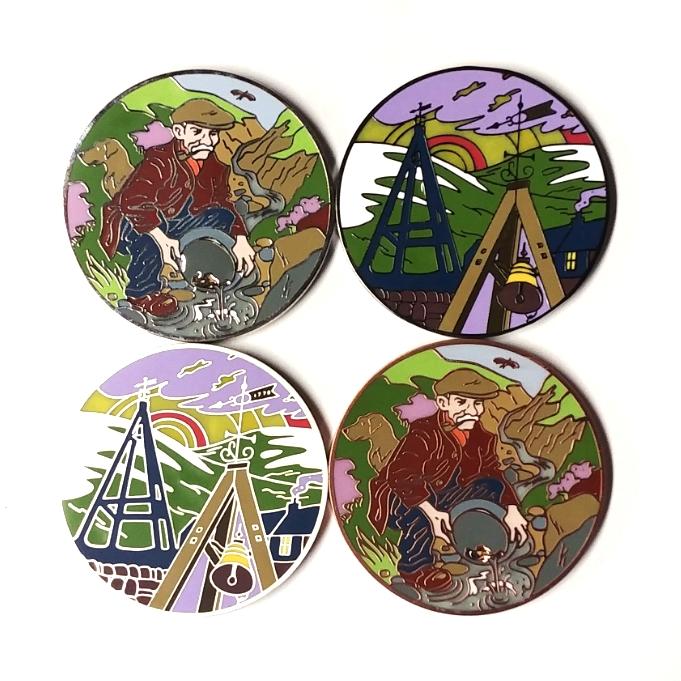 £9.00 £18.00
Hidden high in the Lowther Hills in Southern Scotland is the small village of Leadhills, the highest village in Scotland. For hundreds of years lead a...
Full details
Add to wishlist
3for2

£3.75 £5.00
These heat-seal patches can be applied using an iron, or can be sewn on to all your favorite Geocaching gear.Available in Camo colours only.75mm x 75m...
Full details
Add to wishlist

£6.00 £12.00
Have you been naughty or nice this year? Well whichever you have been we have just the geocoin for you!This fantastic cut out coin shows a "naughty" R...
Full details
Add to wishlist

£1.13 £1.50
Cache Bags Corded and Velcro FasteningSize: Small - 55cm x 45cmAll our camo bags are HAND MADE IN THE UK and all materials are UK sourced. Our cache b...
Full details
Add to wishlist

£2.00 £12.00
Very few geocachers know but every geocache that contains swap items and is hidden well will be adopted and guarded by gnomes.Why? Well gnomes love to...
Full details
Add to wishlist
2for1

£0.38 £0.50
These fun wooden animal pens make great swaps or can be left in a geocache so finders can sign the logbook (but will probably be swapped) Size 6cm (ap...
Full details
Add to wishlist

£5.00 £12.00
Back in the mists of time* in a land that time had forgot** appeared a new hero. Sent to us to rescue lost geocachers from endless trails amoung the m...
Full details
Add to wishlist